Want the asset tag or serial number on the lock screen? Easy. We’ve tried to make this feature really straightforward to use, as a simple workflow item. We even support emoji! ❤

Set up Wallpaper with a single image

To set your wallpaper using a single image and workflow, upload an image using the dialog box to upload a Lock Screen or Home Screen, or both.   Recommended resolutions can be found here. You can upload any picture up to 8.0 MB and we will scale it for you.

Lock Screen Text can be added once you have uploaded a Lock Screen. Remember to select an image in the Home Screen tab if you want to set that up as well. They can be different ones if you prefer. 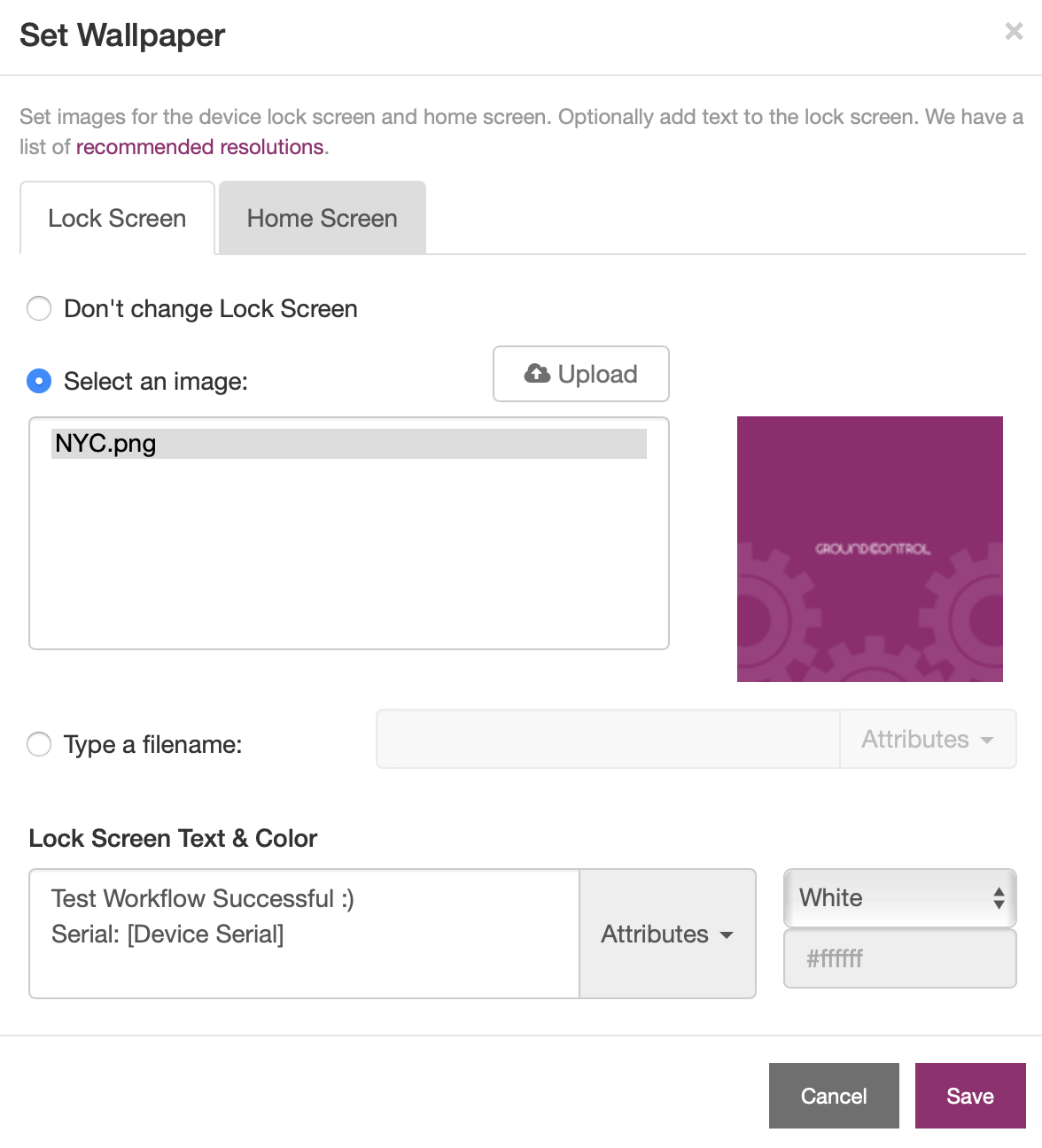 A great way to simplify your workflows is to use attributes, which are variables that can be set per device or per Launchpad to uniquely customize your devices. To get started, first create and populate an attribute.

In the example below: 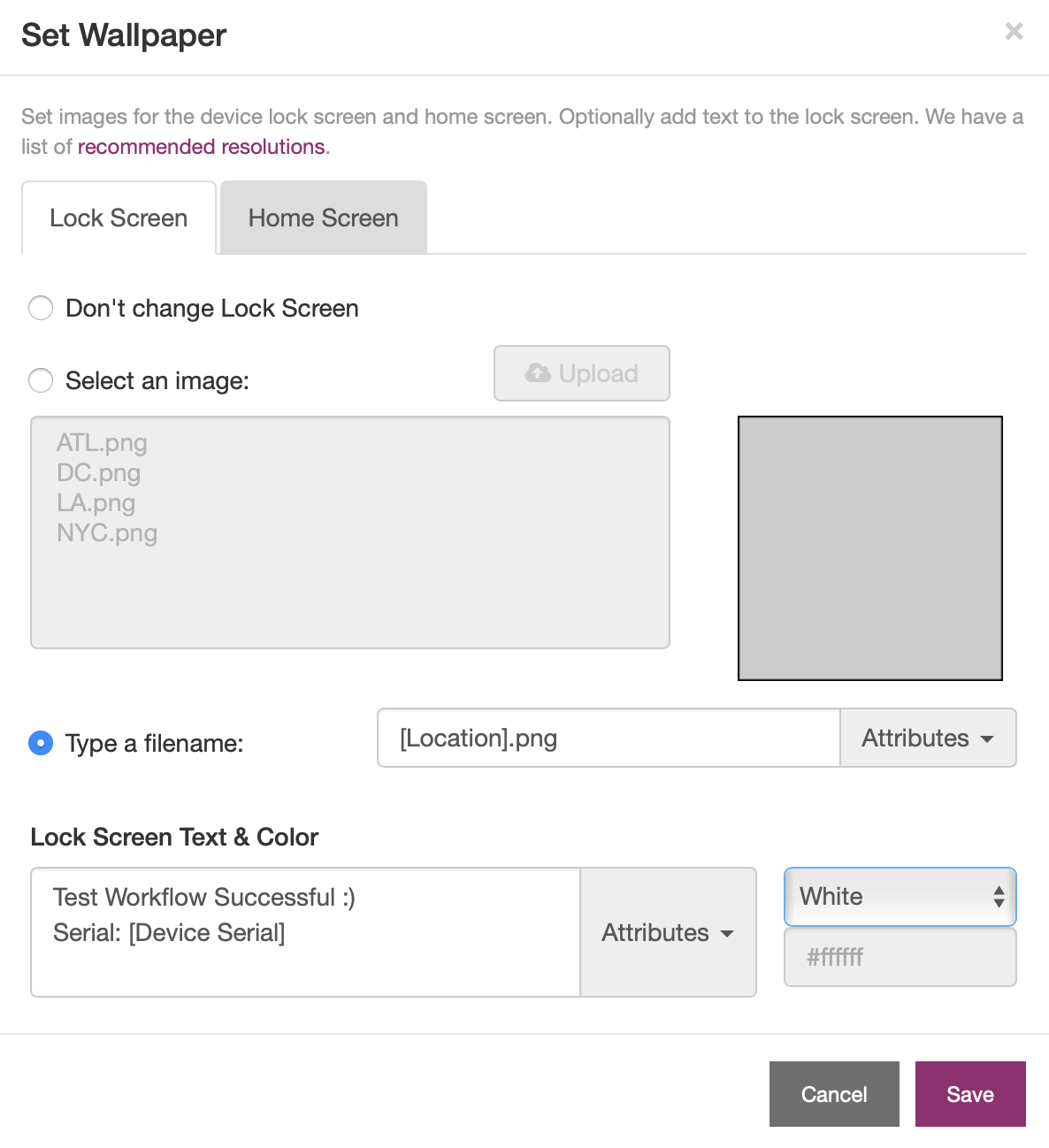 Based on the attribute data set per device, the device will be customized with a unique wallpaper, as it will select the desired filed based your preference. If you’re working with a handful of images, this allows for the use of a single workflow, rather than having to create and maintain four separate ones.

…and the resulting lock screen! 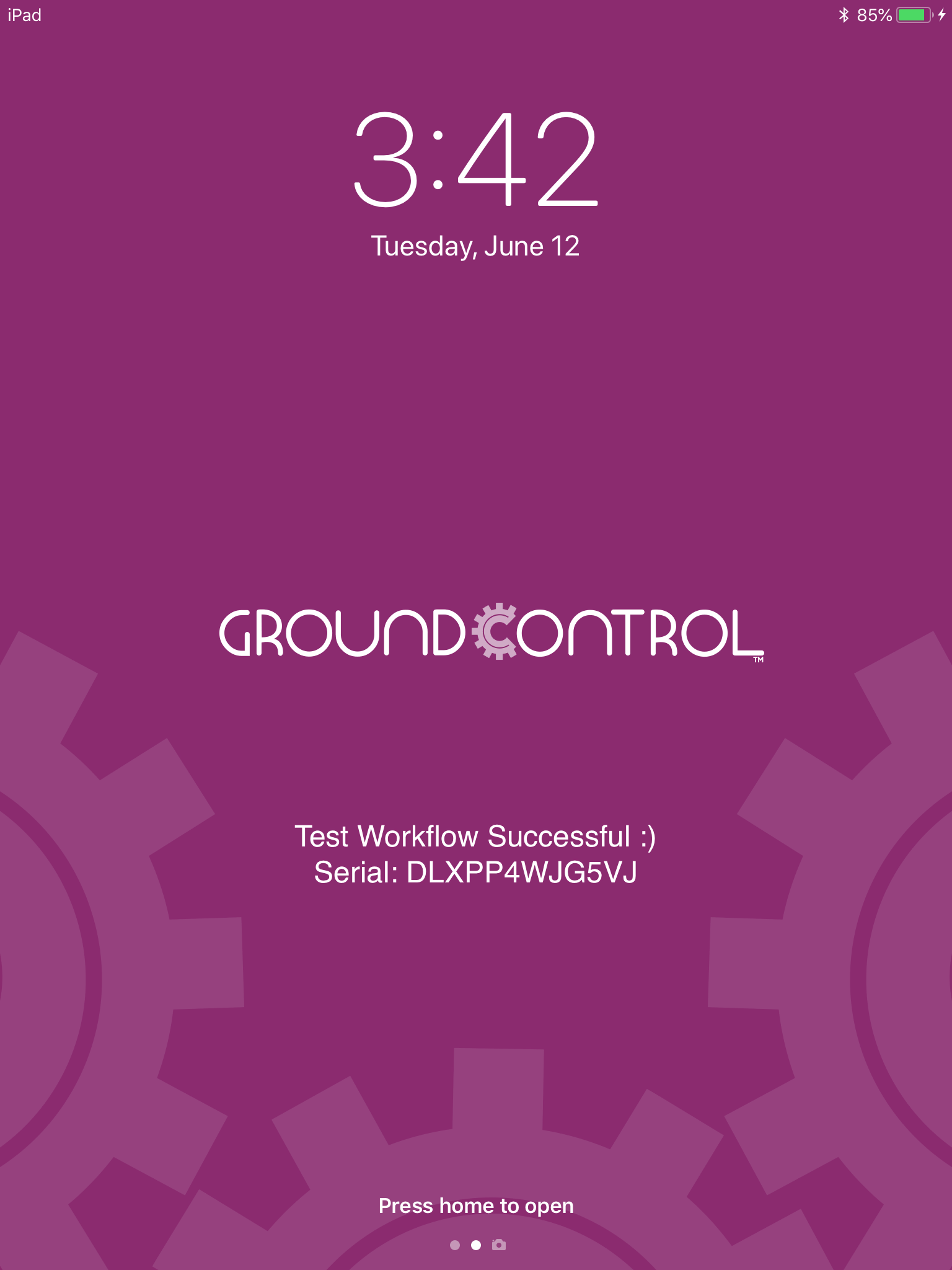